The Blandford Town Museum is proud to work with other local groups to organise community projects and events. You can also find below some information about organisations with similar interests, and local history websites.

The Blandford Environmental Trust Ltd (BET) is a partnership between the Blandford Town Museum, the Rotary Club, and The Blandford School. The Trust was established in 2010 to manage Angus Wood and other environmental projects in the Blandford area. To support its activities, BET organises community fundraising events including Blandford’s Hidden Gardens. Visit BET’s Facebook page for more information. 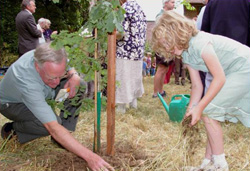 Planting an oak tree during the opening ceremony

Angus Wood is a small (0.5ha) plot of young woodland situated amongst housing near Blandford town centre. It was planted by the Woodland Trust for Mrs Jean Angus in 1985, and donated to the community by the Angus Family in 1990. Because of the difficulties of maintaining a small wood, it fell into neglect for several years until the Woodland Trust sought community involvement. The newly-established BET was granted a 25 year lease on the wood, which was formally opened under our management by Sir Gillean Prance (former Head of Kew Gardens) on 1st July 2010. 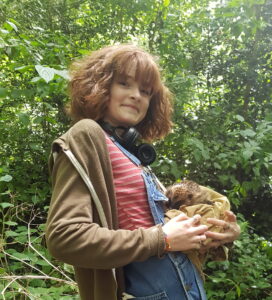 A young volunteer with a shy resident of Angus Wood

Angus Wood is used for nature-based and storytelling events organised by the BET. It’s also a great place for picnicking, dog walking or just listening to the birds singing. The woodland is permanently open to the public, and is maintained by BET members and other volunteers. 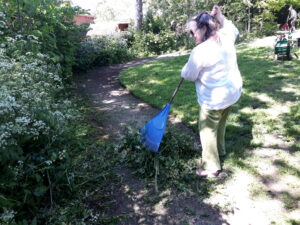 Working in the Wood 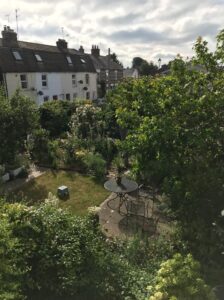 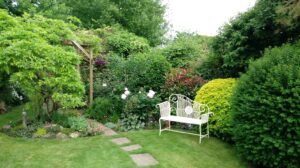 This popular event gives residents and visitors a chance to discover some of the private gardens tucked away behind the walls and buildings of the town centre and surrounding streets.

For more information about the latest Hidden Gardens and other open garden events, please visit the Open Gardens website.

In October 1831 a wave of disturbances swept across England after the rejection of the Second Reform Bill in the House of Lords. These ‘reform riots’ began with serious disorder in the East Midlands, which spread to towns in the West and Southwest and culminated in Bristol with the most serious riot in nineteenth century Britain. Over three days, crowds set fire to  several major institutions  and released prisoners from four jails. The riot was violently suppressed by military units, and hundreds of people were killed or wounded. 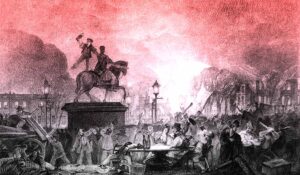 William James Muller, Queen Square on the Night of October 30th, circa 1832, ©Bristolculture

An academic research project is seeking to understand how these protests developed into collective violence and how they spread across cities, regions and the country. The Shire Hall Historic Courthouse Museum in Dorchester will be the focal point for research into the reform disturbances in Dorset.

One of the case studies being used by the researchers relates to the events in Blandford Forum on 17 October 1831. Unhappy with the result of a by-election which narrowly returned anti-reform candidate Lord Ashley as member of parliament for Dorset, a disgruntled crowd attacked the properties of Lord Ashley’s lawyer and his political supporters, culminating in a military intervention by the 3rd Dragoon Guards. The leader of the protestors was sentenced to death at his trial in Dorchester, though this was later commuted to transportation for life.

Because of this local dimension, the Blandford Town Museum will work with the researchers to help publicise their findings within the town.

The material on these websites has been collated independently of the Blandford Town Museum. The Museum makes no claim as to the reliability of the information, and any views expressed are those of the website author. 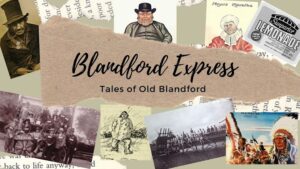 Blandford Express is a blog which celebrates the rich and colourful history of Blandford Forum, its surrounding villages and their people.

The website tells tales such as the Shapwick Sea Monster and the Handsome Highwayman, and fondly remembers lost Blandford insititutions from the railway station to ‘Panda Pops’. 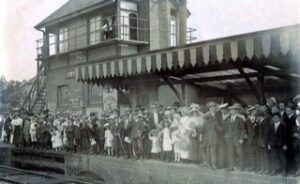 Heroic Blandfordians are commemmorated, including Samuel Johnson who served on HMS Victory at the Battle of Trafalgar, and more recent military accounts of nuclear weapons being carried by RAF bombers at Tarrant Rushton are recalled.

Posting fresh tales each month, and written by ‘Old Pimpernian’, The Blandford Express website takes its name from the town newspaper which was published weekly by James Henry Bartlett between 1869 & 1895.

This site aims to record the life stories of all the former masters and pupils who are commemorated on the war memorial plaque at The Blandford School, and those who appeared on the memorial at Milton Abbas Grammar School which has now been lost.

The War Memorial at the Blandford School is very different from the Town Memorial in the Corn Exchange, reflecting the wider area from which pupils have always travelled to school in Blandford. Similarly, the War Memorial for Milton Abbas Grammar School, which closed in 1929, reflects its mixture of Boarders and Day pupils.