Secrets of the Roman Aqueduct in Dorchester

The Archaeology Group’s October lecture was given by Harry Manley, who is a demonstrator in Geoinformatics in the Department of Life & Environmental Science at Bournemouth University. 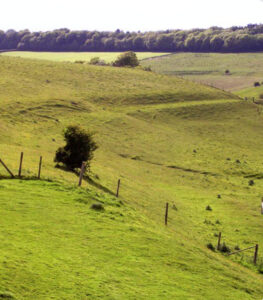 Part of the aqueduct cut into the valley side

Harry started by explaining that the Dorchester aqueduct was not the iconic, high-arched structure seen around the Roman world, but a long channel built into the valley side. He described previous research on the source and route of the aqueduct, and how his work using LIDAR (LIght Detection And Ranging), Geographic Information System (GIS) and excavation has added to the picture. Harry explained how his work shows that the source is higher up the Frome valley than the lake source suggested by Dorset archaeologist Bill Putnam*. The lake may have been for settling out dirt to ensure clean water reached the town, but the actual water source is still unknown. 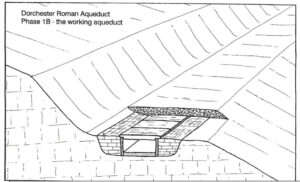 The structure of the aqueduct

Harry’s excavation showed that the aqueduct was constructed by creating a terrace along the valley side and cutting a channel into this, which was then lined with clay and wooden planks. The level of the channel dropped just 25ft along its 12 mile length following the contours of the valley, an average gradient of about 1 in 2500.

The audience wrapped up warmly as we had the doors and windows open and, although the lecture was well-attended, the seating was arranged to give everyone plenty of space. 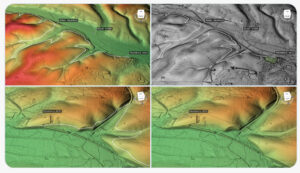 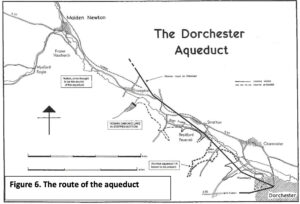